Yes that’s right, I’m working from home (running out of work really) and I’ve decided NOT to focus on anything negative.  What?! You are wondering if this is really the Huntress and not some squeaky clean, Girl Scout Troop leader taking her place.  NO! It is not, I am still the Huntress and I have plenty of shit to talk about only…….*sigh* I’m getting kind of tired of being negative all the time (I’m pretty sure it’s because I’m running out of wine and have to go this weekend to stock up.)  In any case I was on the phone with my good friend Virginia and we got into a friendly debate over which actors we’d kidnap and hold for ransom.  She likes Leo DiCaprio and I prefer Brad Pitt, that kind of debate.  Then we began talking about foreign actors and I began telling her about my favorite Brits and my number one choice made her question our friendship.

But that’s okay, I question my friendships all the fucking time.   Anyway I say that because not only was she shocked at my pick, but she didn’t even know who he was.  That’s what made me think that I’d blog about my top five favorite British actors I’d LOVE to kidnap and hold for ransom.  So here I go… 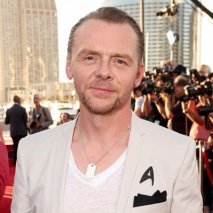 Mr. Pegg first came to my attention more than a decade ago when I was literally FORCED to watch a movie called Hot Fuzz.  Yes I say forced because I knew nothing of him or the movies he’d made up until I saw Hot Fuzz.  This film is one of my all-time favorites and that’s probably because of its ambiguous sarcasm.

Those subtle little mind fucks here and there, and how absolutely fabulous Simon Pegg is in these films.   He has another film about running called “Run Fat Boy Run” and that film made me his fan for life!

What can I saw about Ewan? Other than, he’s a perfectly dreamy wonder of a man.  Yes you heard that right, I can’t quite remember when or where I saw Ewan McGregor on screen.  But he definitely caught my attention in the film Down With Love with Rene Zellweger.

And who can forget his performance in Birds of Prey? Okay if you haven’t seen it, you need to because although he plays a bad guy (a very bad guy) that’s how I like my men. Good and bad, both at the same time!

Another sexy as hell Brit who can change his performance to suit the film’s needs, which in my book makes him a great actor.  I first saw him (no not in Thor/Avengers) but in a little known film called Only Lovers Left Alive with Tilda Swinton.  He was, to say the least AMAZING in this film.  He plays a vampire, and that’s all I’m going to say about that.  An intelligent, aristocratic, full of sex appeal vampire.  Something I didn’t find with Lestat, him being an emotional sucking vampire but, oh well. 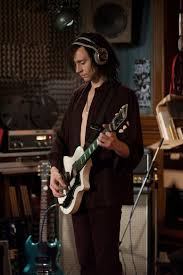 Then of course, who could forget his performance as Loki the God of Mischief in the Avengers films? Seriously I don’t think they could have picked a better actor to play this part.  He too has an air of sarcastic ambiguity about him, and I absolutely love that! I’m sensing a pattern here…. 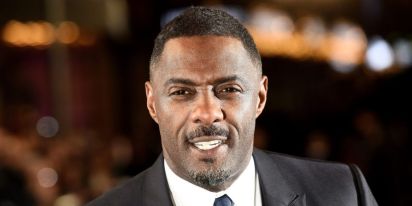 Oh Mr. Elba, what can I say about thee?  Other than how I met him, and that was when I was out of work back in 2015 (for all of three months) and binge watching the BBC series Luther.  Love that show, and I’m so glad I watched all of the seasons (up until then) all at once. 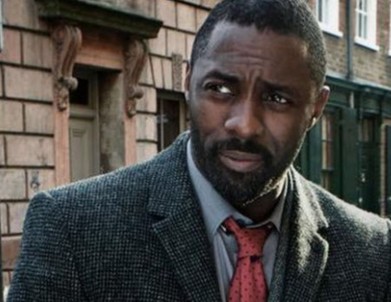 And my admiration for Mr. Elba only began to grow as I began to watch some of his movies, like The Mountain Between Us, and Turn It Up Charlie, both were as good as his portrayal of hardened detective John Luther, only he showed his tender loving side.  Which is a side I wouldn’t mind seeing…ahem….holding for ransom.

And now for my all time number one pick, for my favorite Brit I’d like to kidnap and hold for ransom……. 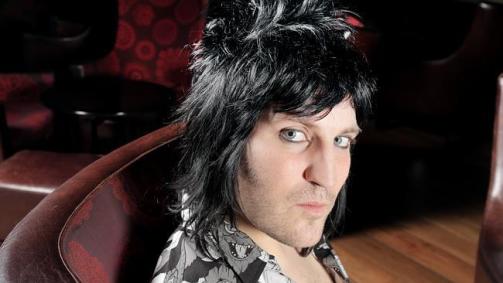 Okay a lot of people wonder (especially here in the U.S) who the fuck is Noel Fielding?  Well plainly put, he’s a comedian and actor from England.  He was part of an ensemble cast of a show called The Mighty Boosh, something like Saturday Night Live only raunchier, because it’s the UK after all.  He’s also a judge on the Great British Bake-Off Show (yes I can see that your wondering wtf?) but he’s enchanting, and I’d love to kidnap him and hold him for ransom. 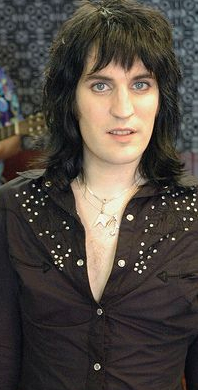 So there you have it, The Huntress’ top five favorite Brits I’d love to kidnap and hold for ransom.  My friend Virginia say’s I have a “type” but doesn’t exactly explain what that “type” is.

So I’m just going to keep wondering because I don’t like to put anyone/thing into a particular category.  Unless your an asshole, then your just a plain asshole and nothing you can do will change how I feel about you and your assholeness.

This is The Huntress, remember to wash your hands, stay safe and for god-sake STAY HOME!!