I have these memories, that come at random times or maybe when a smell or sound triggers them.  Sometimes they are so fleeting that I question whether they happened at all, or maybe they are just bubbling to the surface.  I do recognize many of these memories that I had long forgotten.  I distinctly remember my aunt Nellie’s wedding,

I was the maid of honor that carried the train of her dress, I remember the reception in Mexico at her in-laws house, amidst high sand hills.  I remember her wedding cake, it was white with a glittery white frosting, yellow flowers and studded with edible silver pearls.  I stood, watched, and waited for a piece as they cut through the three tier cake.

I remember the smell of my paternal grandfather’s kitchen, his old fashioned coffee pot percolating away on the stove.  Clay pots slowly simmering with beans that had onions and jalapenos “for flavor” he used to say.

I remember him dressed in his Sunday best, and the Stetson hat he wore to church, his cologne, and his gentle hand holding mine as I looked up at him.  I remember walking into what seemed like a huge church, the old wooden floors creaking under my red patent leather shoes.  The smell of burning alter candles, glowing in red glass urns trimmed with gold.

Looking up at the plaster ceiling, painted in pastel colors, angles drawn holding trumpets and gold incense burners in their hands.  The deep set stain glass windows letting in the Sunday morning sun as if to say “It will always be warm in here for you.”

I also have what I call memories of things that might have not actually happened.  The movie Urban Cowboy for example, the scene where Pam takes Bud to her high-rise apartment in downtown Houston.  I swear I’ve been there before, that I’ve seen the First International Bank from that view or somewhere close. 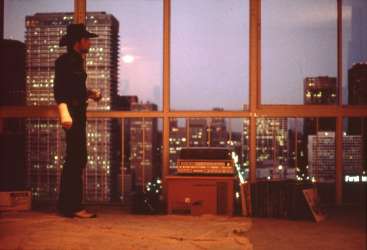 The lights, the background seem so familiar to me but I have never lived in Houston.  I also have some vague memories of when Bud is driving down a road in front of a refinery, I feel as though I’ve been there too, but again I’ve never lived in Houston and have only visited and only for a couple of days.  I don’t recall visiting any of those places.

I also remember my maternal grandfather’s house during Christmas, every year he always bought a fresh tree.  I remember the smell of pine and candy canes, the large bulb Christmas lights that hung heavily around the tree along with silver tinsel as well as the huge living room window. 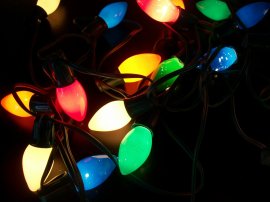 The fake snow in a can that he’s buy to spray around the windows to make it “look” like it had snowed, it never snowed in El Paso.  Brightly colored wrapped presents just sitting under the tree begging to be opened by me and all the cousins.  I also remember spending the night there too, sleeping on an old fold away bed draped in heavy blankets.  Then being woken up in the middle of the night to go with my grandfather for his shift as a ditch rider, he helped managed the water flow for the El Paso County Water Improvement District.  He kept an eye on how the water was distributed from the canals to the farms around Fabens, Clint and Lee Moore.

When he’d work the second shift from 11pm to 7am, sometimes the one or two of cousins and I would go along with him.  I remember riding in his work truck, the Spanish music coming out softly from the truck radio over the glow of the light from the dashboard.  His thermos of coffee, hot and inviting, sometimes he’d let the grand-kids take a sip, or he’d bring along soda’s in bottles, mainly Mexican sodas.  The smell of freshly made burritos in his lunch box that he’d share with us.   He knew we wouldn’t make it to morning, so we’d fall asleep in his truck under an old Army blanket he kept just in case we went along for the ride during the winter.  But he always took us home right before he went to go turn in his truck and clock out, it was against regulations to have anyone else in the truck that wasn’t an employee.  Funny how so many things were against regulations but no one said anything about it.  I remember my grandfather driving alongside another ditch rider, asking how everything was, and the other driver asking “You’re babysitting tonight Manuel?” and my grandfather said “It’s not babysitting when it’s family” the other ditch rider laughing and the two driving in opposite directions.

I also remember the Christmas when I got Scarlet fever, how hot I felt in my pink flannel night gown, the cough I got was loud and painful.  That I couldn’t sleep because my head hurt and the cough wouldn’t let me.  I remember the red splotches on my face, and how my mom tried to get me to eat but I couldn’t because all I did was throw it up within minutes.  How I woke up on Christmas morning that year and didn’t even feel like opening the presents.  I remember my annoying baby brother making so much noise on his giant plastic car he got because we didn’t have carpet in our house yet.  It was tile and those large black tires made rumbling noises as I tried to sleep while my dad, uncles and grandfathers tried to watch football on our counsel television set.

I distinctly remember the horrible taste of the cough syrup my mom made me take, and the white cotton hand towels that were dowsed in rubbing alcohol to try and break the fever.  I do however remember a cough medicine that I did like the taste of…

Call me crazy but it didn’t taste god awful like all the rest of the cough syrups I had to take.  I remember I was sick until way past Christmas and that my presents remained unopened under the tree for a week afterwards.

I also have a memory of distinctly walking down a hallway of a house I don’t recognize, I mean it’s a house here in El Paso, and I swear I’ve never been in it.  But when I was dating Lestat it was for sale and although the bastard would have never bought me a house I was curious about it.  We saw they had an open house when it went up for sale, and I walked in, and quickly made my way upstairs.  Lestat followed and it was like I knew where everything was, I even found hidden panels in the door way to the master bedroom.  The shelves inside the heavy wooden panels were all full of dust and had some old newspapers inside, from the early 1900’s.

The realtor asked me if my family had previously owned the house and I said no.  Because of course they hadn’t, then Lestat asked me how I knew where the master bedroom was and how I found those panels.  I said I didn’t know.  But I remember being in that house, or was it a dream?  It couldn’t have been because after all these years I still have the realtor’s business card, so how did I know?

Until next time remember, chin up, soldier on and watch your back!

30 thoughts on “Memories or Dreams??”